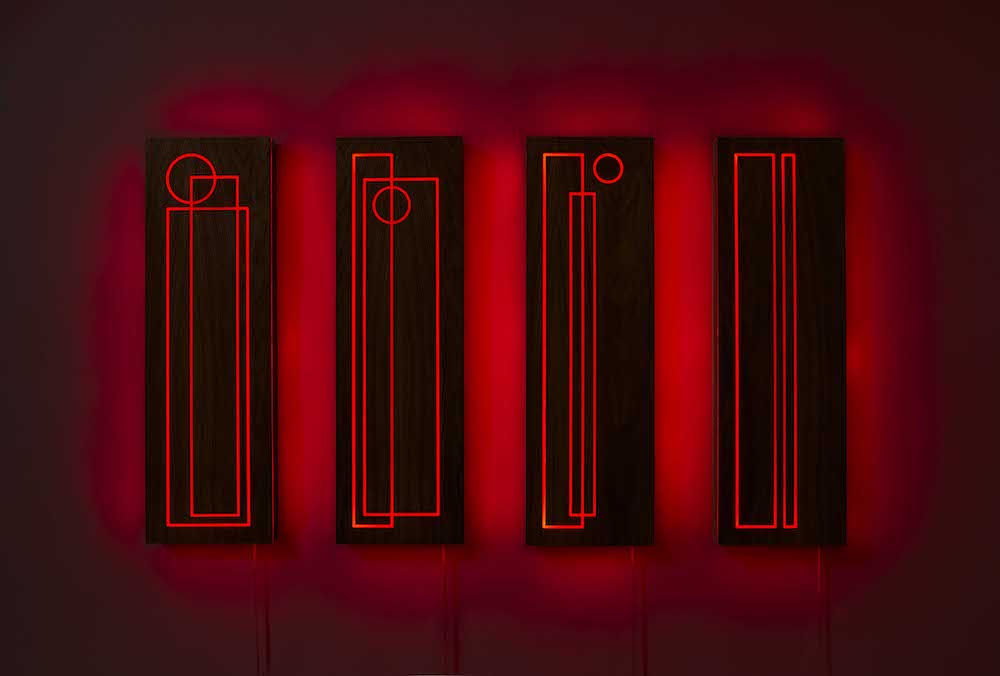 Aphra Shemza is a London based media artist. Since graduating in 2012, Shemza has exhibited widely in and around the capital, often showing work with Lights of Soho and Kinetica Museum. Her work has been featured in a number of publications and press, most notably, GQ Magazine,Tate Etc and Time Out. In 2016 she completed two public commissions: one for the Canary Wharf Group in One Canada Square, Canary Wharf and another for Champagne Louis Roederer, which was exhibited in the Shangri’La Hotel, in the Shard, London until January 2017.

Delfin Ortiz is a Spanish born artist and designer based in London. He is the co-founder of Create Space London, a creative charity set up North West London. His work has been shown in exhibitions and festivals in London, Budapest, La Rioja, Porto and Zaragoza. He had his first solo exhibition in 2014 and has shown on multiple occasions with Kinetica Museum. 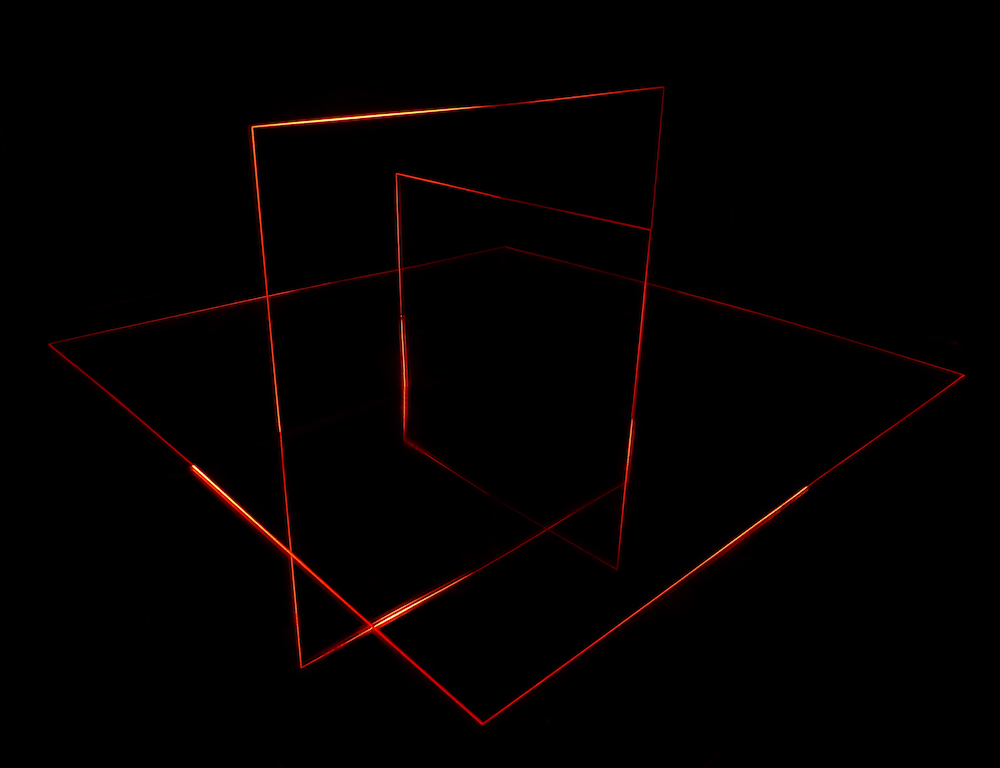 Illuminating Geometry marks a timely coming together of two artist peers Delfin Ortiz and Aphra Shemza. Having studied Fine Art together at university some years ago, the artists often shared ideas and collaborated to produce performative pieces. Both sharing a keen interest in geometry, technology and light, their interests result in a shared aesthetic. In the last five years both artists have been exhibiting and creating new works in London and this exhibition is the result of these years of exploration. Although each artist has been following their own path, the fundamental elements that make up their work remain unchanged. Therefore the power of their combined visual language is clearly visible.

Both artists use many different mediums to produce their work.The multidisciplinary approaches to their art practice highlight the importance for the flexibility of artists working in this technological age.Their works speak to one another through the use of bold abstract compositions, strong lines and reference to past modernist aesthetics.The use of mirrored material and illusion is key in both artists’ work, allowing an added dimension and engaging the viewer’s own visual perception.The machine-made ne lines and angles are juxtaposed against natural and organic materials. Both artists having a need to create a harmony between the old and the new, nature and technology, modernism and the contemporary.

The exhibition is curated by the artists themselves and promises to be a real feast for the eyes; think colour, illusion, geometry and light.There is something for everyone! 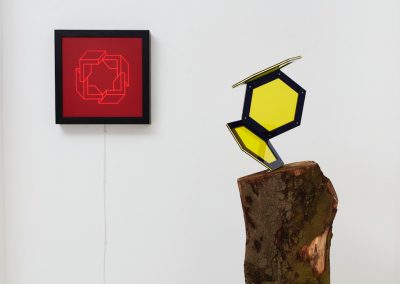 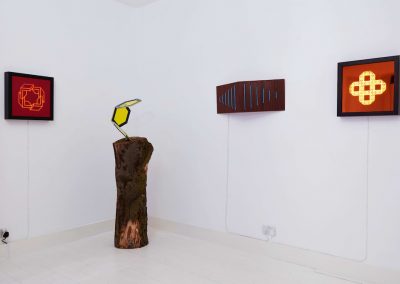 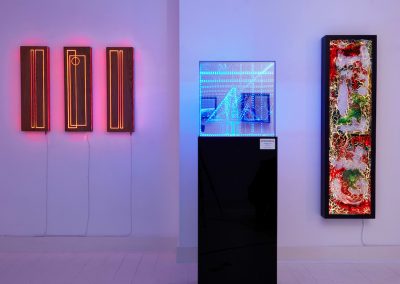 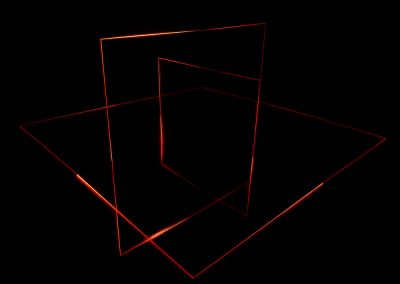 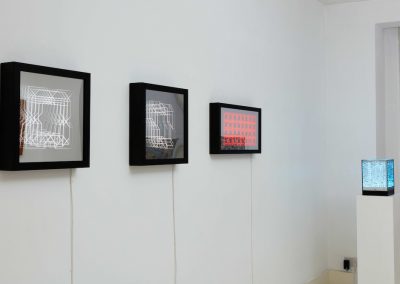 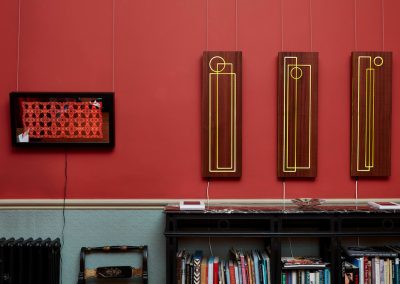 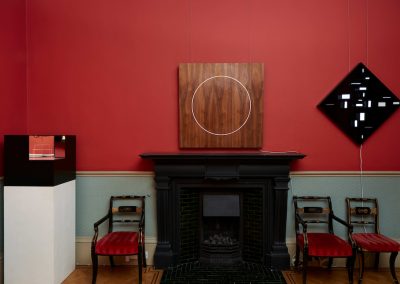 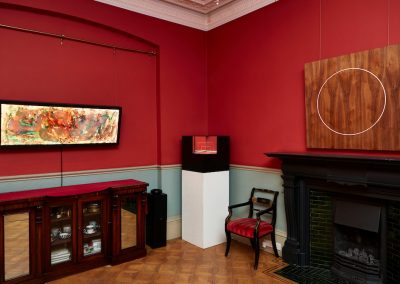