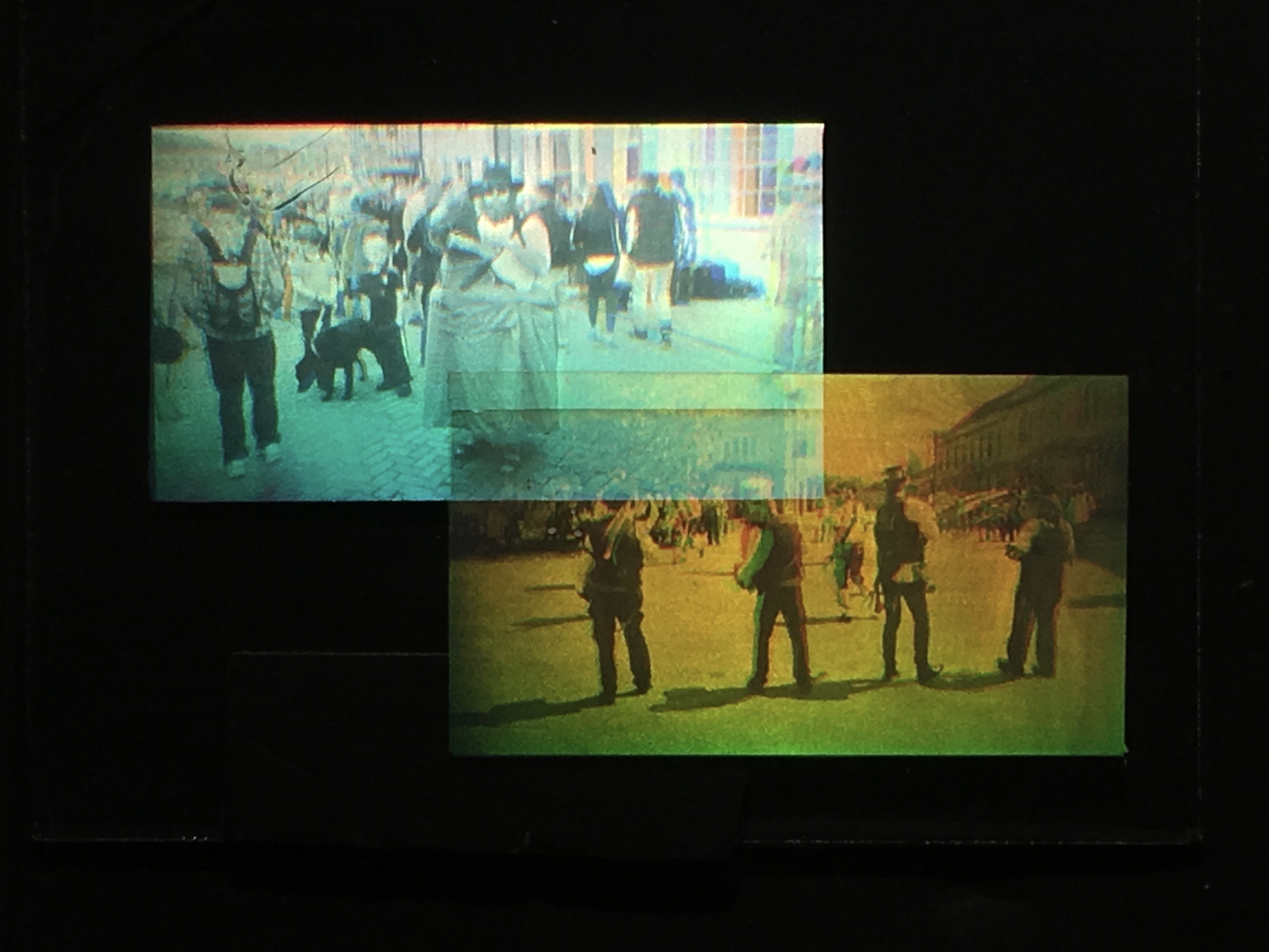 Man with a Holo Camera

A series of holograms & holographic stereograms based around cinematography. The stereograms are small movies with no cast, set or script. The camera is an instrument, much like the human  eye, that is best used to explore these happenings in real life.   The moments of time are then preserved with depth and time in a ghost like memory.

If you’re under thirty, you have probably not had many chances to see holography, a vibrant visual phenomenon that combines science, art and technology to create interactive, 3-D images. If you’re over forty, you have most likely forgotten all about it.

International award winning photographer Patrick Boyd falls into the latter age category but holography has never been far from his mind.
During the late 1980s and early 1990s, when it was hailed as the ‘medium of the future’  he  produced some of the most memorable, inspiring holograms  of the time, winning coveted places in global exhibitions. A graduate of  the Royal College of Art Holography Unit, Patrick’s  innovative approach led him to work with iconic designer Zandra Rhodes and won him a scholarship to take up a residency at the New York Museum of Holography.  Further residencies in Japan and Germany followed as his reputation grew.
When public interest in holography waned with the dawning of the digital age,  Patrick moved on to pastures new, but in recent years the virus that lurks in all holographers became active once more and he started making holograms again, in various facilities in the USA and now in his new home studio in Wales. Technology has moved on and today he can record video sequences on an iPhone which can be transferred into holographic stereograms (picture a flick-book in 3D or a 3D movie which you can play back and forth simply by moving your head).

In this  exhibition he presents a series of holograms & holographic stereograms based around cinematography. These stereograms are small movies with no cast, set or script. Like aherents to  the Russian kino-eye theory, Patrick thinks of the camera as an instrument, much like the human  eye, that is best used to explore real life.   The moments of time he snatches are then preserved like ghostly animated memories in 3D.

See work in the Jonathan Ross Holography collection by Patrick Boyd. (Opens in a new tab/page)

View video of some of the work in the exhibition here. (Opens in a new tab/page)