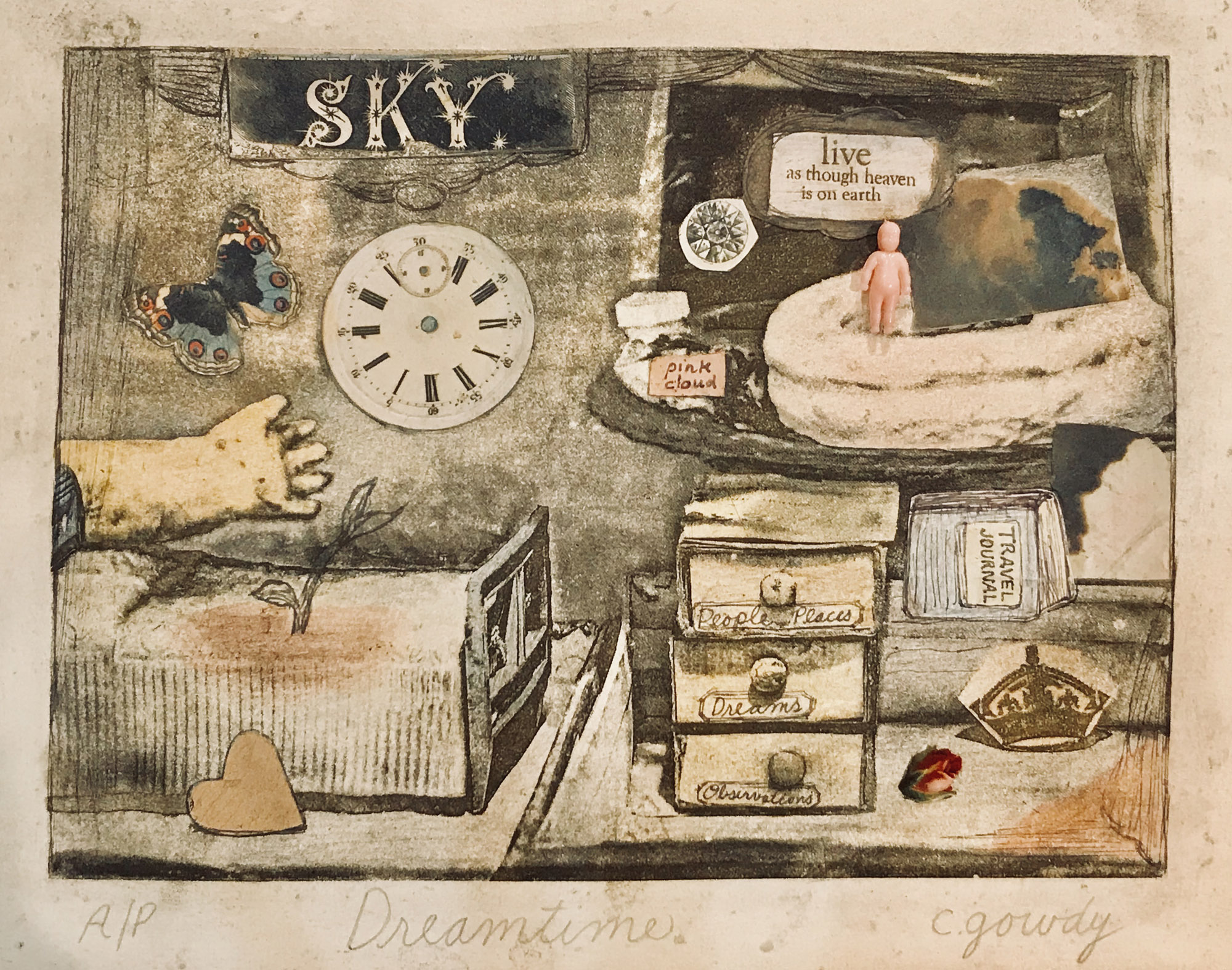 Born and raised in Seattle, Carolyn has been based in London for many years.

She has worked internationally as an acclaimed illustrator and fine artist. Her work has appeared in major publications, magazines, newspapers, posters, on book covers, in childrens’ books, annual reports, advertising campaigns, as well as on gallery and museum walls.

She has won numerous awards and distinctions as a painter, printmaker, and illustrator, and has exhibited regularly in the UK, and worldwide, in various juried and invitational art exhibitions including The Royal Academy of Art, ING Discerning Eye, NOA, The London Group, Lynn Painter Stainers, RCA Secret etc.

Gowdy is renowned for her narrative images with text inscriptions. Her paintings and drawings are populated by a cast of idiosyncratic characters, and her work which is at once playful, reflective, and philosophical, has been very influential.

“Carolyn Gowdy’s work has changed the look of British book, magazine and poster illustration over the past 20 years.” – National Open Art

Paintings, drawings, printworks, collage, sculpture, and mixed media explore the ongoing experience of life, past and present along with inspired possibilities for the future . .
Life is an adventure . . . life is a gift.

My art is not just a form of creative expression. It’s a form of exploration. It’s a way of being. I consider it my job, as an artist, to look for beauty, grace, magic, and wonder everywhere. This gives me a sense of purpose and helps keep me in touch with my gratitude for what is. It reminds me that the miracle of life is something to celebrate, document, and preserve. It helps me stay fresh, new, alive in the moment, awake to elements that might otherwise go unnoticed or forgotten. It helps me to accept and appreciate life on life’s terms, to find hidden treasure in both breakdowns and breakthroughs.

I am fascinated by the subject of consciousness, the ongoing experience of being alive and how this relates to the past, present, and future, of human beings being human on the planet. Humanity is most definitely a work in progress. It is important to keep learning and to ask questions.   I am continually in the process of developing wisdom, clarity, and discernment. I choose to align myself with love, light, grace, beauty, truth, magic, and humour as much as possible. I choose to be present, awake and in the now as much as possible and wherever I go. I really don’t want to miss a beat out of the extraordinary adventure that is life.

Recently I discovered a quote by Picasso which particularly resonates ….‘The meaning of life is to find your gift and the purpose of life is to give it away.’