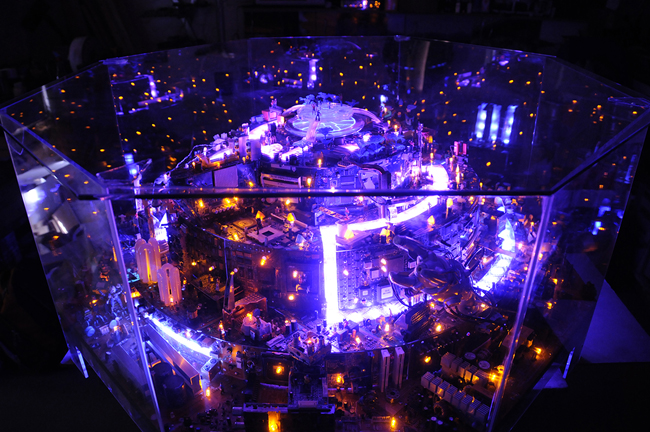 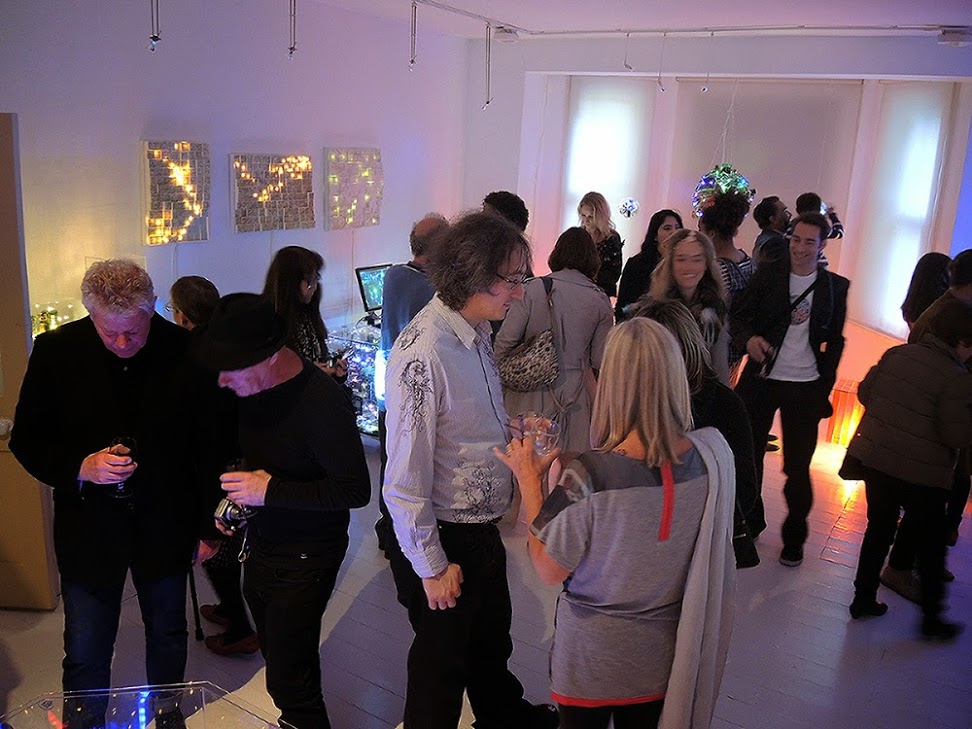 Images from the private view (opens in a new window)

Influenced by a love of science, geometry, counter-culture and all things Japanese, in the past few years I have been working to produce series of works best viewed in dark spaces.

They all involve electronics and provide their own illumination. I have always had a love of the aesthetics of electronics, particularly circuitry, which to me has always appeared to be a miniature-scale society.
Adding LED lighting, and a populace of tiny model people, reinterprets the recycled circuit boards into sprawling cityscapes which I encase inside clear acrylic and glass coffee tables. They conjure a highly detailed glimpse into a colourful yet somewhat dystopian future, which double as practical pieces of modern furniture. What makes them particularly intriguing are the tiny people – they bring a host of never-ending urban stories as you follow them on their daily business and shopping trips, back-alley deals and leisure activities.
Functionality has also become a feature of these installations, including such items as CD players/speakers, digital photo frames, and fully working computers.
Along with projections and other electric sculptural innovations, the ‘The Electric Microcosm’ exhibition is a unique sensory experience.